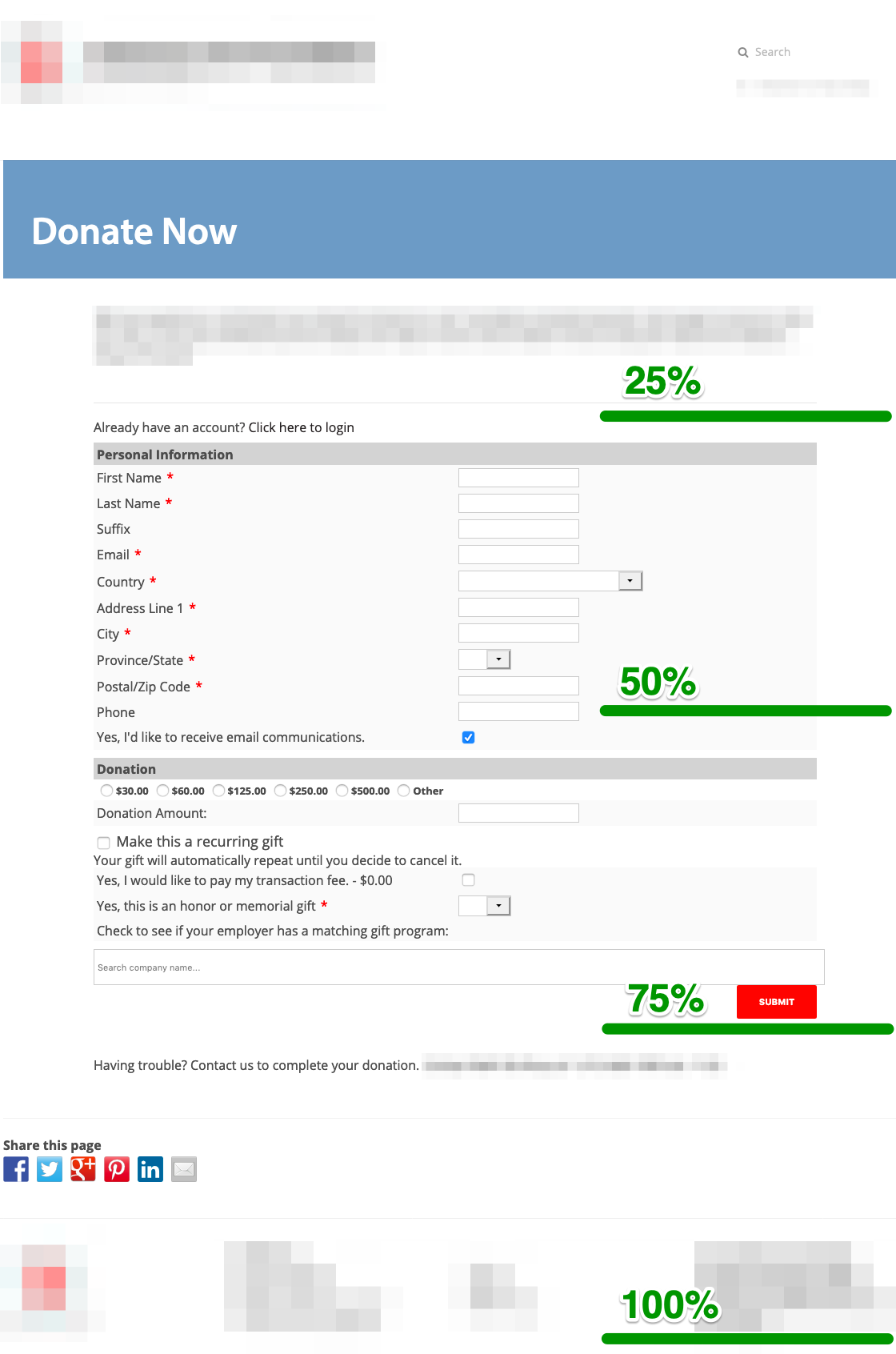 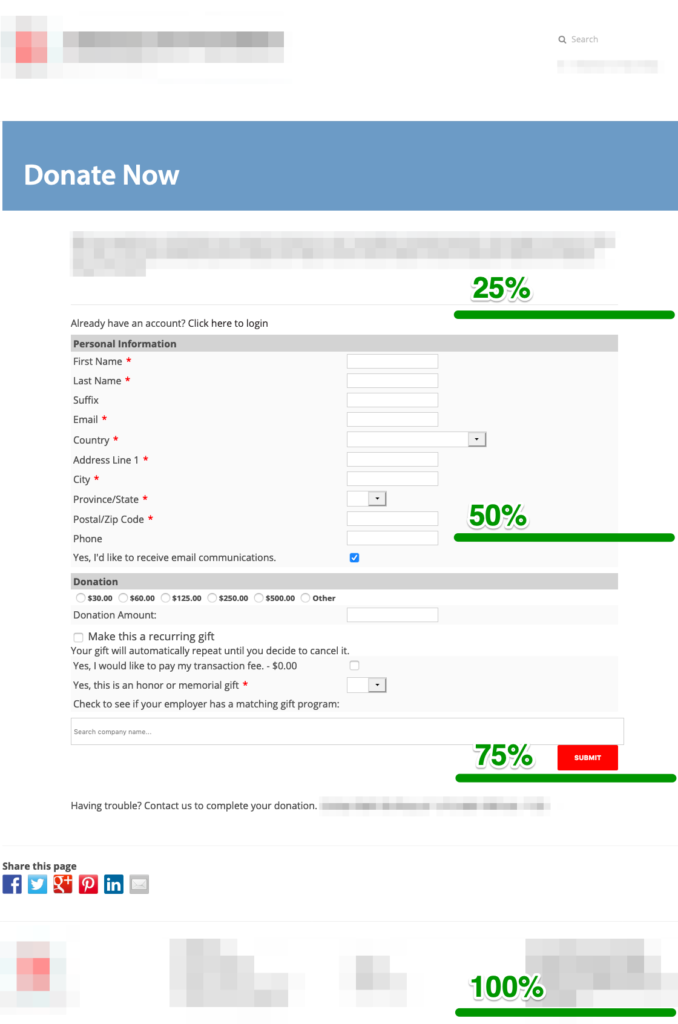 I recall five or so years back, a number of clients I worked alongside had very lengthy web pages. Some were going through website redesigns, some were spinning event sites out into their own instances, and all were asking about the fold point of the page. Trying to keep the right information above the fold (point where the user must scroll to see additional content), so users didn’t need to scroll to engage, was difficult to say the least.

Depending on how many people are involved with launching new websites/pages, it can be a long and tedious process. One thing that was always particularly difficult was putting into context how many users were making it to different scroll depths on any given page.

Well, today that is no longer the problem. Through the implementation of Google Tag Manager (GTM), it’s possible to create events that trigger when users scroll to different depths on a page. In the example depicted to the right, I’ve defined events to trigger when a user reaches the 25%, 50%, 75% and 100% depths of a donation form.

The depths can be set to any specification, but these markers are fairly clean and simple for analysis. As I reviewed the number of visitors to this page within a seven day look back window, it was important to know that 34.99% of users made it past the 50% mark. The importance being that the submission button for this form is located beyond the 50% mark. This is a strong turnout for the scroll depth, especially with another 19.04% of users scrolling to the 75% mark. Now, this truly only paints the first half of the picture. I now know I have 40.82% of users only reaching the 25% mark on this forms. Which means 40.82% of visitors to this page do not convert into donors. I could use this information to asses the length of my form, reduce fields and streamline any additional questions that aren’t pertinent to completing the transaction. I want a clean, concise form that doesn’t overwhelm or intimidate a user with too many input fields.

I could also adjust the percentage points where the scroll depth event triggers to have the 75% marker just before, or very close to on, the submission button. Truly it depends how I want to use the data. An additional component, and an item which will be covered in a later blog, is tracking the submission buttons clicks. I can track the clicks, and scroll depth to get a full understanding of how my donors are converting.

For now, I’m able to see I have strong donor commitment, and a large portion are successfully reaching the point of submission. However, I have room to improve the form/page to assist in driving the more than 40% of users who never make it past the fold to convert into a donor.